Key technologies in the Ground Tactical, or Land, domain include the AN/PRC-148 family of radios.  The AN/PRC – 148 Family of radios are the world’s smallest, lightest, and most power-efficient multiband, tactical handhelds.  Thales’ family of AN/PRC-148 handheld radios began with the Multiband Inter/Intra Team Radio (MBITR), which replaced more than 60 pounds of communications equipment with a single radio weighing less than two pounds. The AN/PRC-148 MBITR was designed and developed under a U.S. Government Program of Record, as was the next-generation MBITR – the AN/PRC-148 Joint Tactical Radio System (JTRS) Enhanced MBITR, or JEM. 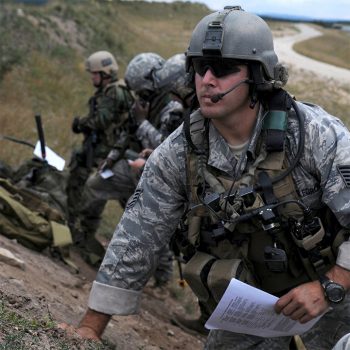 Results you can measure.

Reduction in year-over-year contact minutes for a consumer manufacturer

Improvement in customer satisfaction ratings for a large provider