This article was written by Christian Doherty and published in the Innovations magazine #5.

This article was written by Christian Doherty and published in the Innovations magazine #5. 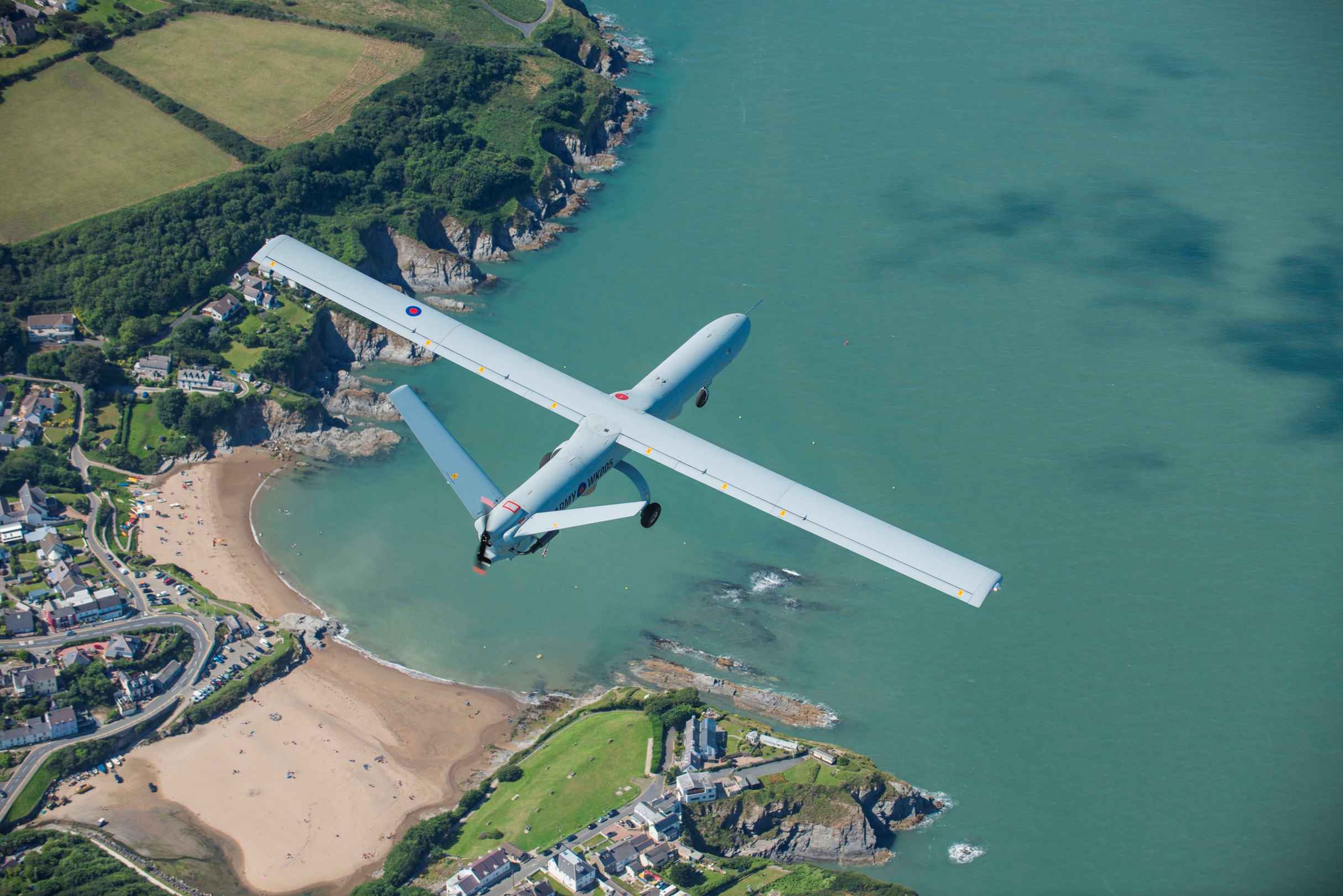 Unmanned vehicles have already proven their use in the battlefield and are beginning to show potential in civilian circumstances as well. But is the day coming when they’re not just unmanned but operating entirely on their own?

The name Scott Swanson may not be well known to many people, but he has a notable place in history. Back in 2001, just weeks after the attacks of September 11, Swanson – then a pilot in the US Air Force – found himself part of the top secret Predator mission team, piloting a drone over Kandahar some 6,900 miles away. Swanson’s target was a pickup truck parked outside a compound thought to be hiding Mullah Omar, the supreme commander of the Taliban. The missile missed Omar, but Swanson’s place in history was confirmed: it was the first time a US drone had fired a weapon in combat.

In the 15 years since, drones – or unmanned vehicles (UVs) as they are known – have graduated from bleeding edge military hardware to the shelves of electronics stores across the world. You can now buy a basic drone for civilian use in many countries for around $99, while the use of unmanned vehicles continues to grow in the military. Between 2010 and 2014, the US Air Force trained more UAV pilots than F-16 pilots.

For Thomas Reydellet, strategic studies and prospective director at Thales, these vehicles are now central not only to military operations across the world, but also to a growing number of civil uses. Miniaturisation of sensors, as well as major advances in software and hardware have allowed UVs to develop into far more than remote controlled flying objects.

However, for this progress to continue, future UVs need to be more autonomous, agile, mobile and interconnected with other assets and platforms, in order to take their place in the military operational loop and live up to
their potential.

“They need longer endurance if they’re going to be used in the field in the long term,” Reydellet explains. “They need to be rugged and discreet, with robust communication capacities to connect with other military assets,” he explains. “

To continue to be accepted by military forces, they need to deliver a measurable operational benefit compared with the use of traditional systems alone.

“Conversely, unmanned systems have a huge number of potential missions – delivering weapons/combat, reconnaissance, logistics, surveillance, targeting, communication relay, etc – but technology, from artificial intelligence to algorithms, is still an obstacle to achieving the performance levels required. Progress is being made and you can easily imagine teams of UVs working in tandem – and some manufacturers and engineers are already working on it.”

UVs hold great promise for both military and civil uses. It will be some time before we see fully operational autonomous vehicles fitting comfortably into wider systems. UVs’ ‘brains’ are still under the direct control of their human handlers, but they are developing at an astonishing rate. 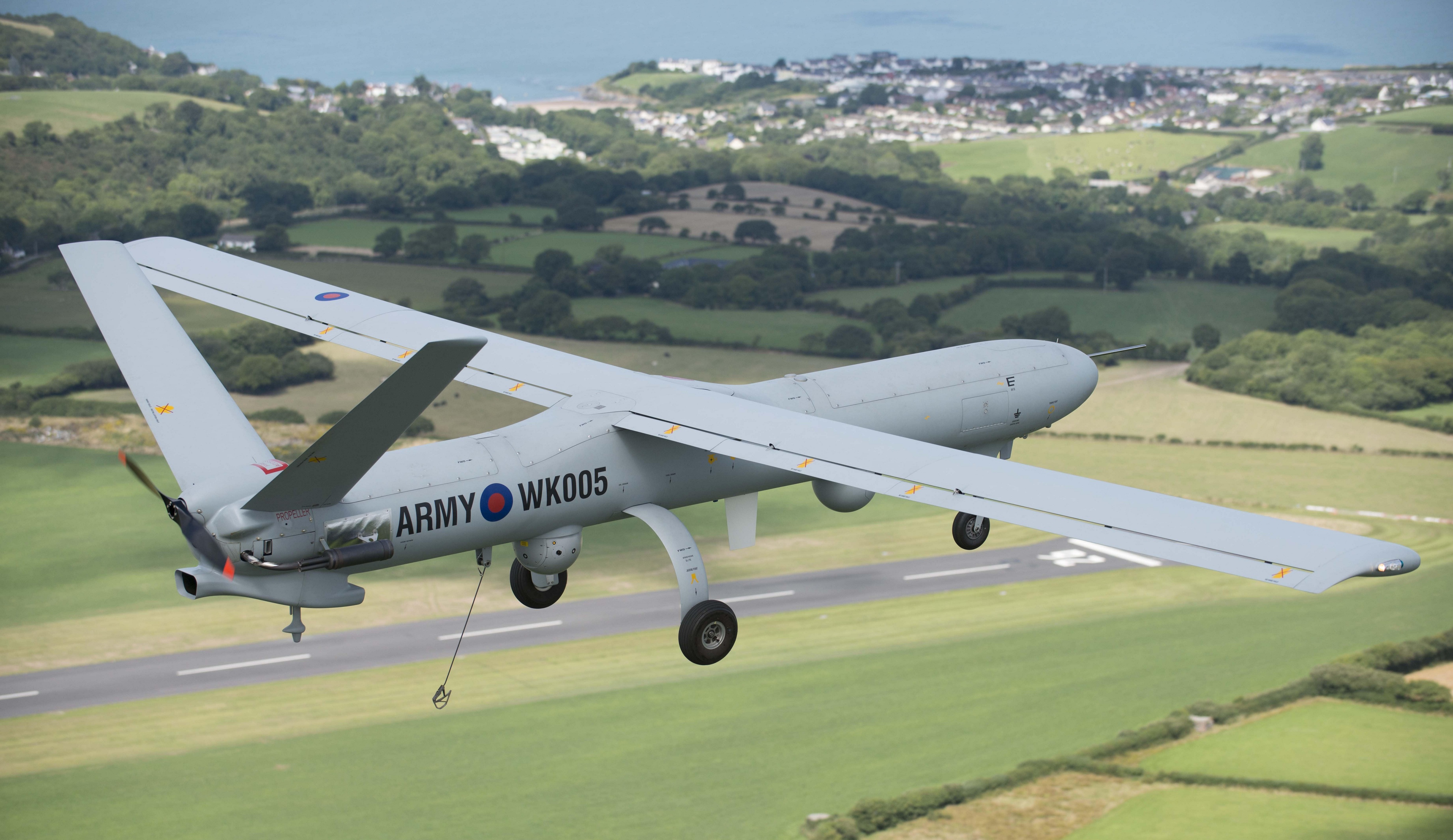 While military planners are working on integrating a greater range of sophisticated UVs into their systems, civil authorities are increasingly waking up to the possibilities that UVs can provide. This include everything from delivering medicines to monitoring weather, providing traffic updates and surveying disaster zones, to clearing mines, monitoring shipping lanes or monitor crowds for any criminal activity.

And it’s not only flying UVs: unmanned surface vehicles (USVs), ground vehicles (UGVs) and underwater vehicles (UUVs) are all developing at a rapid rate both within the military and beyond.

“For example, last January, armed Russian UGV units were operating in Syria,” says Reydellet. And as the technology evolves, the marketing potential is also growing: the global military UGV market will generate revenues of $412.5m in 2015, including explosive ordnance disposal; intelligence, surveillance and reconnaissance; logistics and supply; and border patrol.

Rob Hooper and his colleagues Jason Dey and Matt Hart at Thales have been working on the development of autonomous maritime systems for several years.
Thales was successful in winning the joint UK-France cooperation programme called Maritime Mine Counter Measures (MMCM), the aim of which is to develop the capabilities of a combination of different unmanned autonomous vehicles to defeat the threat of sea mines.

“This encompasses USVs and UUVs, controlled remotely from an operation centre,” says Hooper. Work on MMCM has gathered pace in the past two years, largely in response to the growth of the mine countermeasures (MCM) market across the world, where clients are seeking safe and efficient modes of operating remotely to remove mines from a variety of very different circumstances, in a reliable, cost-effective manner.

“We’ve built the Halcyon USV component of the system, and we have been operating it for the last two years,” Hooper says. “And in the process we have demonstrated, progressively, through a number of trials, increasing autonomy in terms of the operation of the Halcyon.”

Dey says increased autonomy will be a fundamental feature of the next wave of USVs: “The increasing level of environmental sensing feeds into how it can determine and process its situational awareness, more objectively and accurately, in order to be able to make decisions autonomously.”

Achieving that has involved working on the range of the vehicles, as well as developing the right operating platform. Built-in autonomy requires more sophisticated sensor technology; on Halycon, sensors range from the obvious – radar, cameras, microphones, etc – to the more advanced, such as electro-optic cameras with target tracking, sonar and LIDAR, which measures distance by illuminating a target with a laser and analysing the reflected light. These sensors equip the vehicle with far greater sentience and the ability to understand and adapt to its environment.

“Once you get to a position where that’s defined, you can go even further and start looking at some sort of heuristic capability, so that it’s almost thinking for itself,” Dey explains.

But he also points out that the more the system moves in that direction, a parallel challenge emerges: “The vehicle still has to behave in a coordinated way and it has to be safe to use, so when we talk about increasing levels of autonomy, it then becomes a question of how much we can allow the vehicle to make those decisions reliably on its own, and how much control to retain.” 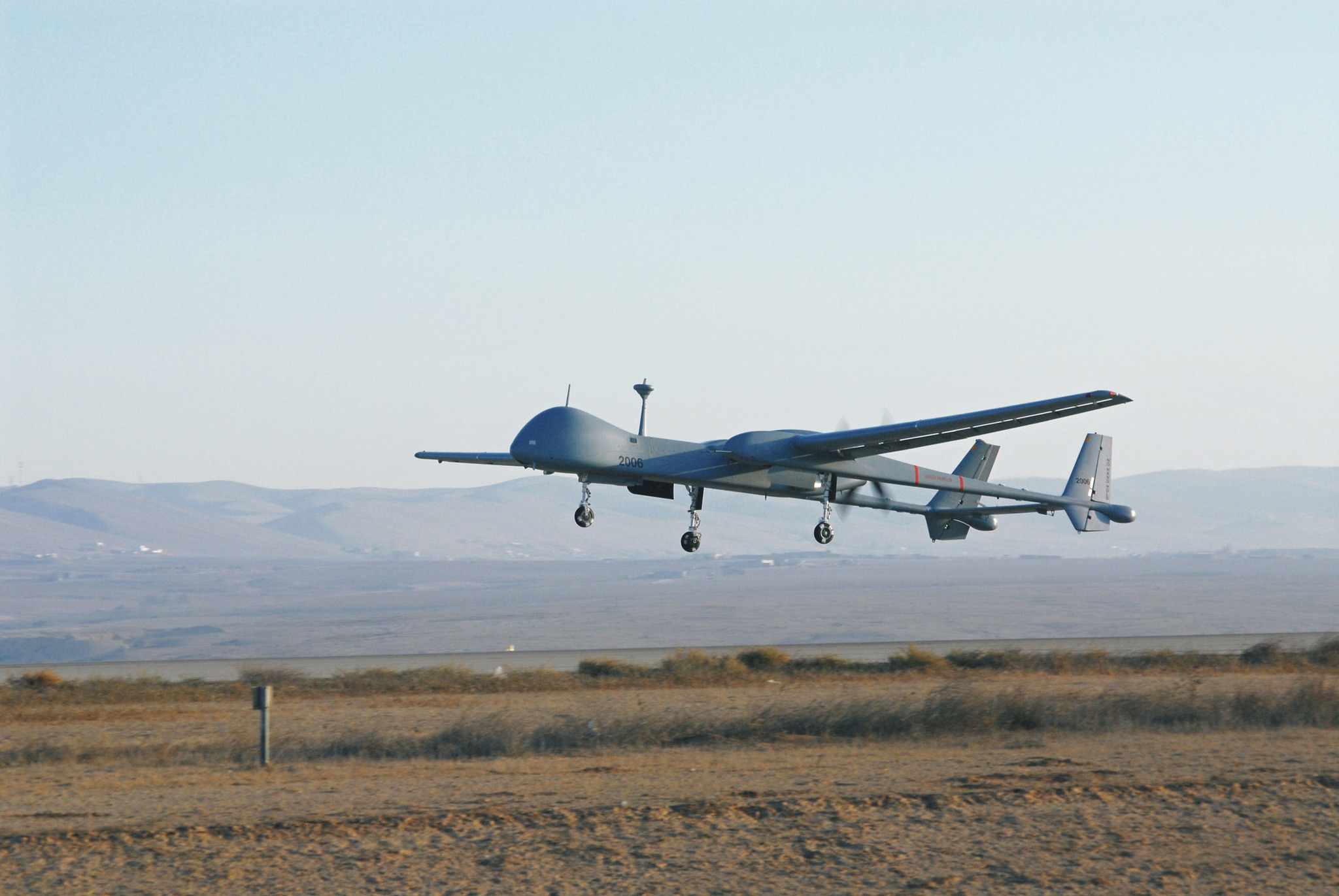 KEEPING UP WITH WATCHKEEPER

It’s a question that Barry Trimmer and his colleagues have spent the past three years puzzling over as part of Project CLAIRE, a collaborative effort between Thales, the UK’s Ministry of Defence (MOD) and National Air Traffic Systems (NATS).

“Project CLAIRE was about demonstrating that you could get a UV into unsegregated airspace – which is airspace shared with commercial traffic,” Trimmer explains. “During the first flight, we moved to shared airspace – the same airspace as airliners – under control of air traffic control, which was a real first.”

Trimmer says the next leap forward will be the safe use of “sense-and-avoid” technology, installed to allow a vehicle to safely navigate in the event that a data link is lost.

“If the link fails, you’re probably going to hit the ground at some point,” Trimmer says. “You’re going to go through what they call ‘Class G airspace’, with no connection to the ground station. In that scenario, the vehicle has to make its own decisions.”

“Sense-and-avoid is the technology you need if you’re going to deploy any civil UV for any purpose at all. That includes civil surveillance or disaster response or any of those things,” Trimmer explains.

Sense-and-avoid involves the kind of automation already seen in the “rules of the air” followed by any automated flight system. This is definitely credible in the short-term.
The technology – the UV’s “brain” – operates as a failsafe in the event of malfunction.

“For example, if we lost an engine, that would lead to the UV breaking out of controlled airspace,” says Trimmer. “UVs are expected to be safe in the event the data link is lost so that’s another really important, basic feature of UAV design – to be safe if the UV loses its control link.”

In this case, breaking through into uncontrolled airspace “safely” means that the UAV will see what’s around and will take action to avoid anything nearby, without any intervention.

This is the keystone of the next phase of UV development, which will see these vehicles transform from unthinking surveillance and attack devices following automated sense-and-avoid protocols into “sentient” vehicles, with much more autonomy than current models. Reydellet, however, sounds a note of caution, especially in reference to UVs.

“To work alongside humans, military robots and unmanned systems will need to display a number of human traits, such as intelligence, mobility and discretion,” he says. “They will need to provide measurable operational benefits and remain under the direct control of their human handlers at all times.”

Clearly, the possibilities for UVs to sense and learn from their environment are enormous. However, Reydellet believes that while the current sensor technology has only just begun to show what UVs can do, we’re still a long way from fully autonomous vehicles.

“As the sensors in UVs become smarter, computation loads will need to increase, in order to achieve autonomy for a fully unmanned operation,” he says. “But no suitable onboard processing solution currently exists.” In essence, the majority of the UVs “brain” will remain in the remote control station for the time being.

The big challenge for those working on UAVs now is to balance autonomy with computing efficiency – grappling with the size, weight and power restrictions that currently prevail when building a UV for both civil and military use.

The next frontier is clearly visible, however – building UVs that fit comfortably into wider systems. Whether that means a surveillance drone capturing and analysing intelligence on the wing or a USV directing other nearby vehicles through mined waters, the brains of these vehicles are developing at an astonishing rate. 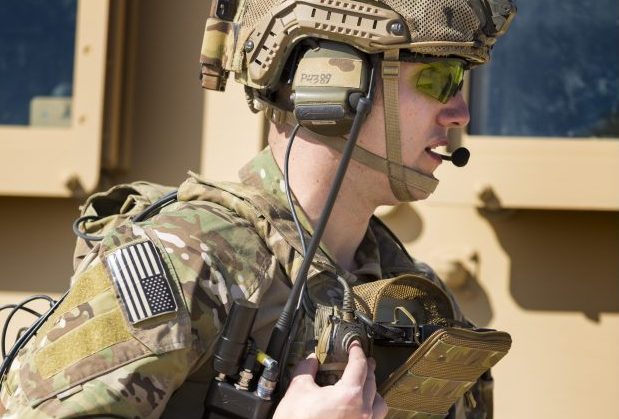 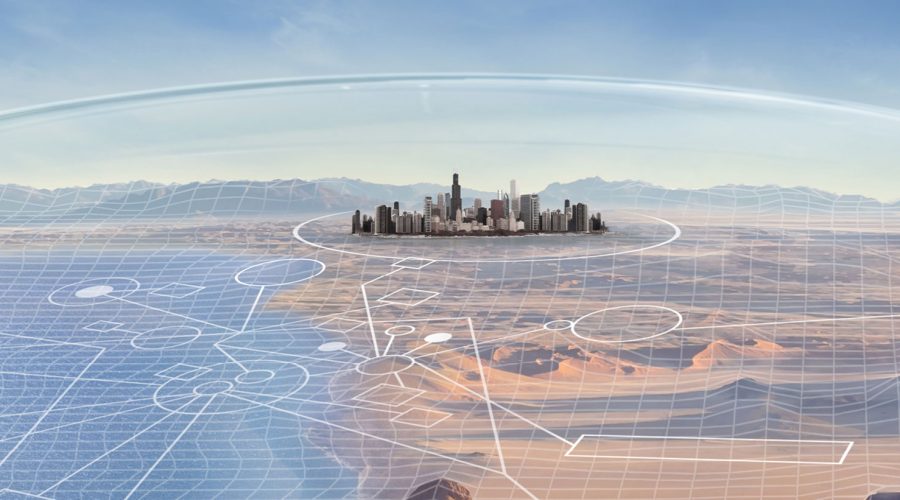 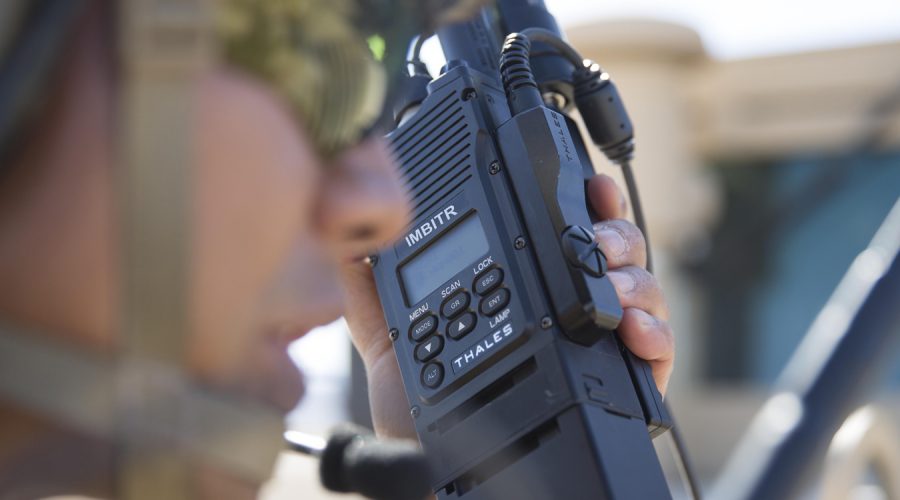